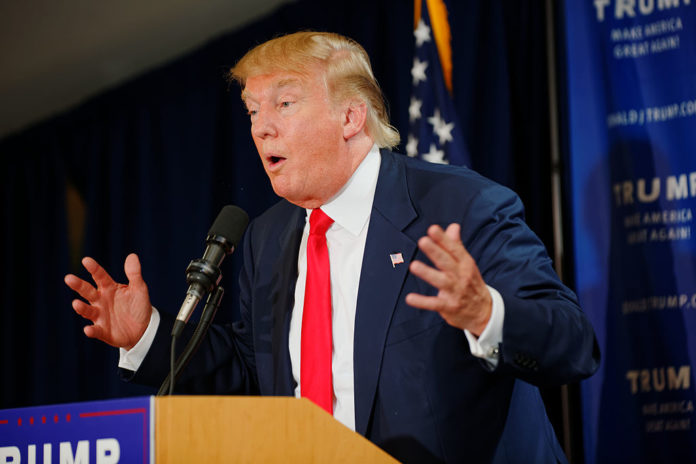 New York, NY — The Trump University Poll of Public Opinion has found that Donald Trump is leading Hillary Clinton by like, 1,000 points.

Professors at the Trump College of Political Science polled 50 randomly-selected faculty members to arrive at the eye-opening result.

“We knew Trump was way, way ahead, but the huge lead he has shocked even us.  This poll conclusively shows how the media and the system is totally rigged against Donald J. Trump.  You watch the news, and it looks like he’s behind, but our poll shows he is way, way ahead.”

Reporters at the BrewBlog asked about the sample size and selection process, asserting that 50 people from a University bearing the candidate’s name may not be representative of the population at large.  Abe Lightfoot, lead pollster for the University, defended the selection.

“You see, this is exactly what I’m talking about.  Well where exactly do you get YOUR facts about supposed things like ‘sample size’ and ‘random selection’?  Hillary set up an email server so that she and Barack Hussein Obama could jointly found ISIS outside of the scrutiny of the Freedom of Information Act.  That’s a fact.  Why aren’t we talking about that fact?  Or why aren’t we talking about the fact that Muslim Mexican immigrants are stealing jobs?  How about the fact that because Barack Hussein Obama wasn’t born in the United States represents the fact that for the last 8 years America has been living in a state of coup d’etat?”

Lightfoot continued on for another 10 minutes, seeming not to breathe between sentences.  All attempts to interject a rational question were deflected with stunning ease.  He concluded, “Oh wait.  This just in.  We’ve re-checked the numbers and now he’s up by like, 10,000 points.  Now you and the rest of your candy-ass reporters go hit the bricks.”