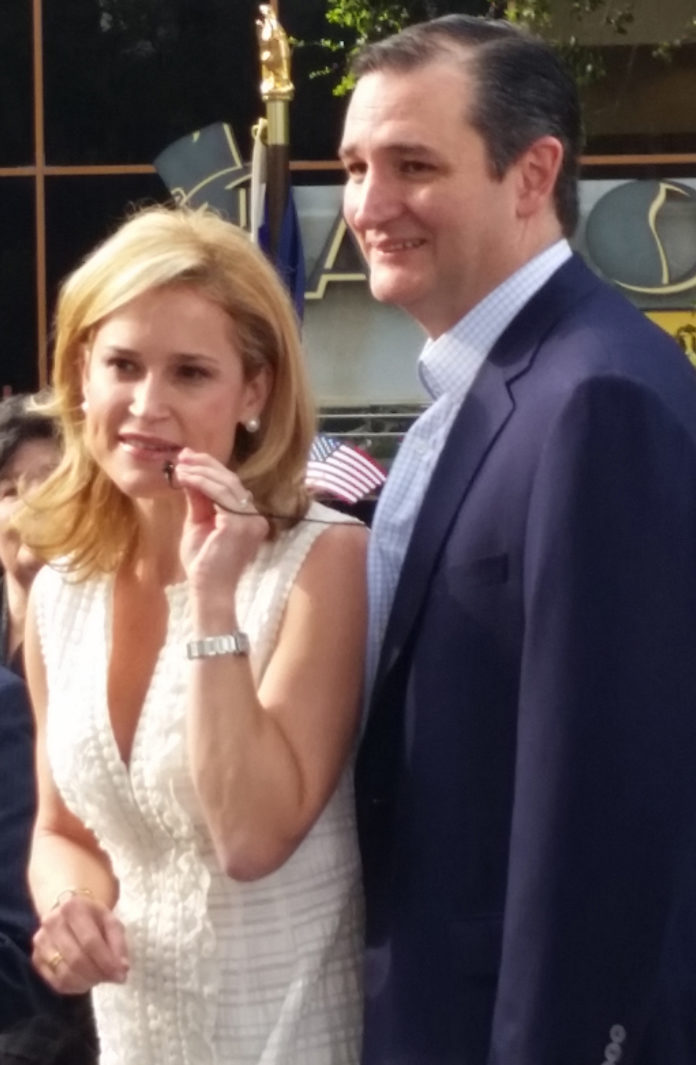 “While God greatly desires man and woman to to live as one flesh, the Bible does in fact allow for divorce.  Unlike homosexual marriage, which the Bible very clearly says is wrong, it does say that God allows for divorce between a man and a woman.”

“Particularly if the man publicly quotes the bible in the most sanctimonious, grand-standing way imaginable while being nowhere close to that standard…  Or if he looks a lot like Grandpa Munster…stupid internet…can’t un-see that…”.  At that moment, she caught herself, gasped for breath and looked around the room, as if she couldn’t believe that she had said the words aloud.

During the news conference, which Senator Cruz did not attend, several reporters noticed Mrs. Cruz blinking her eyes frequently, with them staying shut for longer periods of time as the conference went on.

Three reporters in the front row said that it appeared that she had writing on her eyelids.  A photographer with a high-powered lens caught a picture of Mrs. Cruz with her eyes closed, and upon blowing the picture up found the words “help me” written on them.