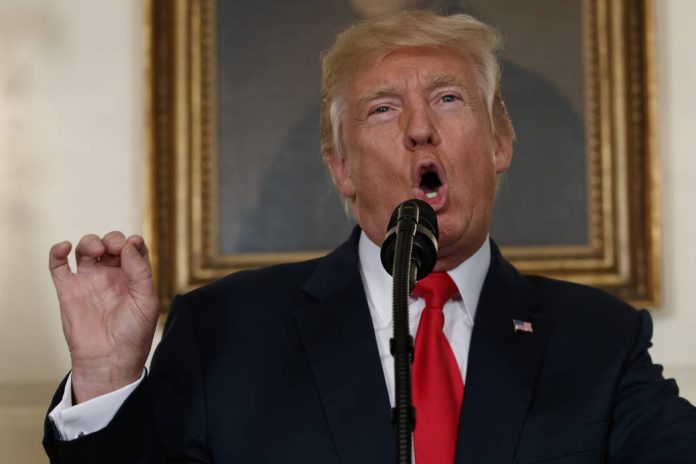 “As I said in the campaign, and these are the words I stick by, I am, like, a smart guy whom uses all the best words.  See, I even know when to use whom.  Most people don’t know when to use who or whom.  It’s tricky, but because of my smartness I totally get it.  Believe me.  These Grammar Nazis are printing FAKE GRAMMAR NEWS about how bigly my vocabulary is.  Honestly, and believe me, believe me, nobody cares about whether or not I use ‘there’ or ‘their’ in a tweet.  Say those words out loud.  Just say them.  Can you tell a difference?  Neither can I, neither can I.  They are really the same words.  All of this comments about possessives or pronouns or possessive pronouns — no one really cares.  What do we care about?  Making America Great again.  That’s right, friends.  Taking issue with me saying things like ‘I’m not unproud’ of my late night tweets.  See I’m not a politician.  OK?  I’m not a politician by trade.  I’m a businessman.  I do deals.  I’ve done more greater deals in my lifetime than every of the members of Congress put together.  They couldn’t do a deal that would make America great again if they saw it in fires in the sky.  There idea of doing great deals are things like NAFTA and TPP.  The FAKE NEWS wants to make up all these stories about my so-called bad grammar.  They should look at themselves in the mirrors before throwing stones at me.  There grammar isn’t so well either.  But let’s not make this about them.  Let’s make this about me.  See, I one the election.  They said I couldn’t do it.  They said that the math didn’t work out for the Electoral College.  But I fooled them.  Just like that song by the Who.  “I won’t be fooled again”.  That was me.  They didn’t know it, but that was me.  And so, I shown the Grammar Nazis and the Math Nazis, and believe me, there are Math Nazis out there.  They’re always coming to me saying things like ‘oh, Mr. Trump, we have to pay these contractors because they did work for us’, and I tell them ‘You need to go look at the math again.  I don’t see where they did work’.  So yes, I have the best words and the best maths.  I condemn all Nazis, whether they are Grammar Nazis or Math Nazis.  Their hatred of me goes very much deep, because they are afraid of me draining their swamp.  Their really like a bunch of Shreks.  The cartoon guy?  Yeah.  He lived in a swamp.”

Attempts to get quotes from several prominent English professors at colleges around the country were unsuccessful.  We did, however, receive a copy of the interview with President Trump heavily marked up in red ink with no additional comments. 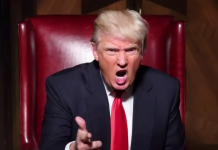