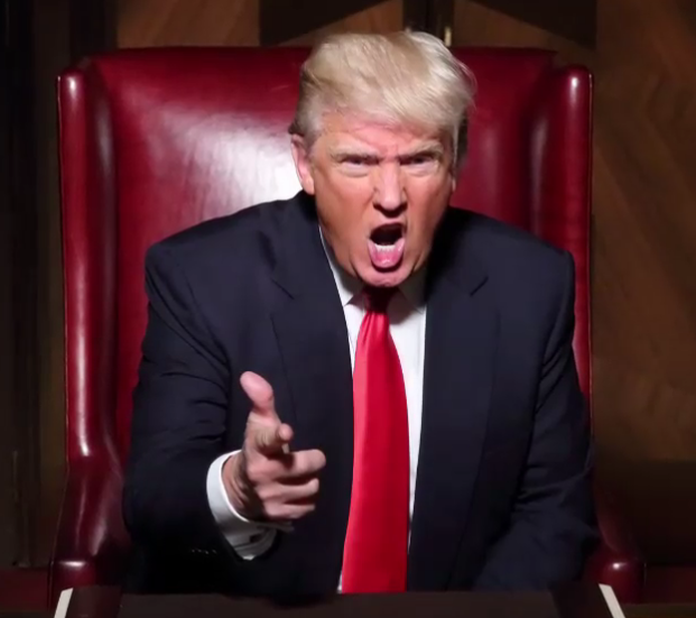 Washington, DC — Donald Trump has set aside $45 Billion in the next federal budget for anticipated severance packages for federal workers.

“I plan on walking through the hallways of the White House, the Justice Department, the SEC, Commerce, the EPA… basically every department and informing people as I see them that they’re fired.  We are going to run this government like a business, and in a business you have people who are dead weight, who are the bureaucrats.  I am going to fire as many of them as I can as quickly as I can as brutally as I can.  And we’re going to have a camera crew to capture their reactions.  We’re going to do something really interesting with this.  To offset the massive amounts of severance we have to pay for all the firings, we’re going to monetize the firings in a new television series called ‘You’re Fired!’.  It is going to play so well to our base.  The people who voted for me absolutely want to see these people fired.  They want to see how their taxes are going to go down, and this is going to pay for a lot of it.  Some of you may have figured out what I’m going to say next.  And yes, I am going to say it.  We’re going to fire them and we’re going to make them pay for it!  Now if you’ll excuse me, I see some bureaucrat scurrying away over there.  Guys, grab the cameras, let’s get the bastard!”.

At this, an ebullient President Trump bounded off, cameramen struggling to keep up with him.  Upon cornering a 19 year veteran of the Office of Management and Budget, Trump lit into him for being a worthless waste of taxpayer money and then stoically delivered his infamous line, “You’re fired!”.  He soon eyed another target and turned his baleful gaze away from his most recent victim, already forgotten in the thrill of the chase.

Immediately after the President moved on, three sweat-covered attorneys descended upon the worker to inform him that he’d be receiving 12 months severance in exchange for not suing the government under civil servant rules which normally prohibit such firings.