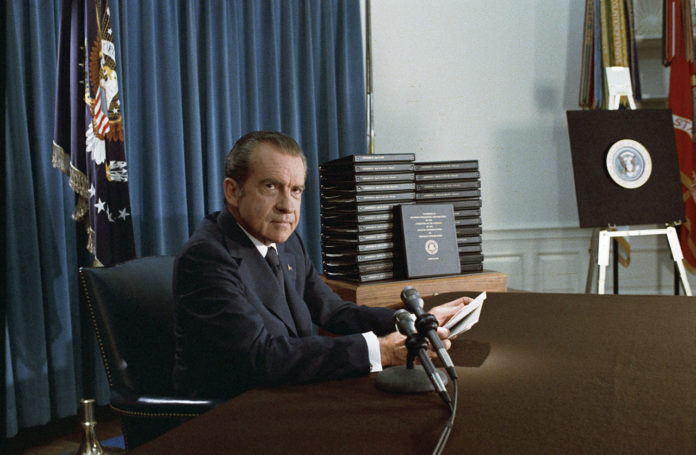 Washington, DC — Americans are growing nostalgic for simple, cut and dried scandals such as Nixon’s Watergate break in, or even the Bill Clinton Sex Scandal.

“Honestly, this Hillary email thing is confusing as hell.  I mean, David Petraus (retired Four-Star General and then director of the CIA) got in some trouble for mishandling emails and he got fired and probation.  Now with Hillary, Bright Idea Bill thinks it’d be a good idea to get on a plane sitting on a tarmac with the Attorney General and talk about grandkids — yeah, right!  Nothing to see here, move along!  And then after all that, (James) Comey (the current Director of the FBI) says that Hillary was “extremely careless in handling of very sensitive, highly classified information” and for her trouble she’s a candidate for President of the United States,” said John Borman, a likely voter in the fall.

“And this whole Debbie Wasserman thing.  If those emails are true and she was working to promote Hillary as a candidate over Bernie, how is that not voter fraud?  But now, she’s resigned as head of the DNC in disgrace and her reward is a place in the Hillary campaign? Used to be that politicians had the dignity to at least hide once they got caught.”

“At least with Nixon it was pretty cut and dried.  He ordered people to break into the Democratic National Convention offices for political gain.  Sure, there was a cover-up.  But once everyone figured out what was going on, boom, he was outta there.  Now with today’s scandals, there’s all this legal minutiae and the politicians just stick around.”

“Jimmy Carter’s big scandal was looking at another woman with lust in his heart.  That one I get.  And all told, a pretty innocent one compared to others.”

“George Bush the First had a super-simple scandal.  ‘Read my lips — no new taxes’, and then he caved and signed new taxes into law.  Now, did he wear those crazy socks while he was President?  That might have been a minor scandal.”

“Even Hillary’s husband had a pretty easy one to understand.  Dude got a hummer in the Oval and then lied about it under oath.  Doesn’t really take a rocket scientist to figure that one out.”