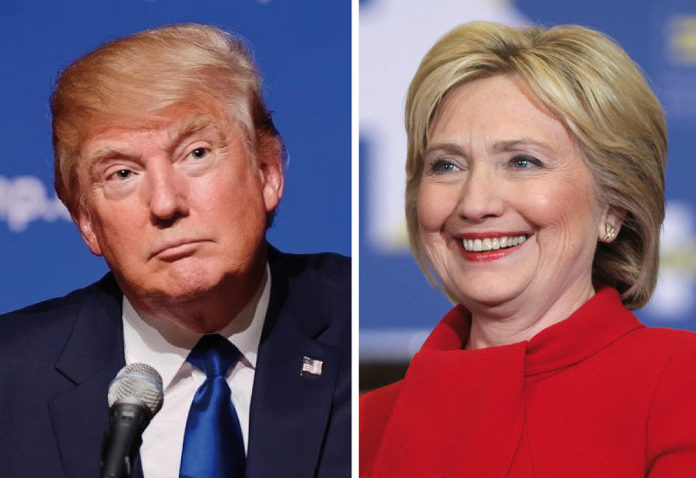 Washington, DC — Regardless of the outcome of the November elections, the Secret Service is frightened of their next Presidential workload.

Our source at the Secret Service, who asked to remain anonymous, told the BrewBlog, “let’s face it, neither of these two are what you call ‘popular’.  I guess we’ve got less of a chance of someone trying to take a shot at Hillary, but even that’s iffy at best.  Now Trump on the other hand…”, he said with a visible shudder.

“If Trump is elected, it’s going to be up to four years of complete shit storm.  The guy as a private citizen has had at least five people take a shot at him.  But every day he keeps talking and pissing people off.  And those are just the Americans.  I wouldn’t put it past the Muslims to put a fatwa out on him or something like that.  And all the talk about the Wall with Mexico has got them pissed off too.  Hell, I could even see the Europeans taking a shot at him while over there, and they’re pretty forgiving comparatively speaking.  But the notion of trying to protect a man who lives with both feet in his mouth and is aggressively annoying just tires me to the bone.”

“Hillary’s no Trump, but there are a lot of people the Clintons have crossed over the years.  I think we all know that neither of them are saints.  And God help us, if Bill Clinton is back in the White House without the same level of scrutiny that comes with the office, he is going to be an absolute nightmare to babysit.  It’s already hard enough with his “speaking tours” to keep him away from every red light district wherever he goes.  Trying to protect Mrs. Clinton as President and keep former President Clinton disease-free all while keeping either of them from getting harmed in some way…Maybe having Trump in there is better after all.  I dunno.”

“Christ, either way it goes, we’re all going to have to start wearing double bullet-proof vests.  Today we at least get some downtime in between details, but with either of these two, it’s going to be nothing but work, work, work.  We’ll never really get to be off duty because I’m sure some new crisis will happen just when we get back to our apartments and take that first sweet sip of Scotch to numb the never-ending press of work.  I guess I’m getting too old for this shit.”